Racha Yai is the most popular dive site that is the closest day trip to the island of Phuket. Only 90 minutes boat ride from Chalong Bay, Phuket, it provides a range of marine life that is popular for both beginner and novice divers. The calm, clear waters at both of these islands are ideal for divers that are looking for an easy day out particularly those that have been out of the water for a while. Racha Yai contains a few small wrecks for divers to look at. The most popular is the Harruby wreck situated between Bay 1 and Bay 2 on the eastern side of the island. It is Phuket’s most popular day trip destination, accessible to all levels of divers and snorkelers. The site can sometimes be crowed with divers particularly during the peak periods.

Racha Yai and Racha Noi were hit hard by the coral bleaching in 2010. Racha Noi is recovering best however both dive sites are a long way from their former glory. The remaining coral begins almost immediately at the waters edge and starts to taper off around the 20 metre mark. The best and improving corals are now in the shallow water. The eastern side of the island contains the majority of the dive sites where it is the best place to get away from the turbulent waters and during the summer wet months May to November. Good visibility that usually averages around the 20 metre mark and is often greater than that.

Both Racha Yai and Racha Noi are the first dive sites that we recommend for beginners and novice divers. These are the best and easiest dive sites for those who are learning scuba diving in Phuket. Unfortunately most of the dive sites here fell victim to the coral bleaching in 2010. This severely affected the coral and subsequently the marine life. Whilst the dive site provides enough for the beginner and novice diver it may not be as exciting for experienced divers.

Racha Noi
In the high season months between October and May there are a number of boat companies that run to Racha Noi. Racha Noi is about another 40 minutes south of Racha Yai Island and is appreciated by regulars as it has less divers than Racha Yai. The three dive day usually consists of two dives at Racha Noi and one dive at Racha Yai whilst returning to Phuket.

The diving at Racha Noi is very similar to Racha Yai and occasionally if the weather prevents comfortable sailing planned trips to Racha Noi will be aborted and three dives will be contacted at separate dive sites at Racha Yai. This is for the safety and comfort of the customers. Racha Noi often has the best visibility in the day trip area and can some time be over 30 metres plus. She also offers the best chance of seeing the elusive and majestic manta ray on a Phuket daytrip.

Racha Noi also suffered heavily from the coral bleaching in 2010, however it improved faster than the sister island Racha Yai. This is possibly due to th less boat traffic there and often has cold water coming up from her deeper waters. If you are wanting to see a manta ray then diving between January and April is you best chance. The rarely dived South Tip is believed to be the favourite of the mantas however given its remote location, depth and strong currents very few dive boats make it down there. 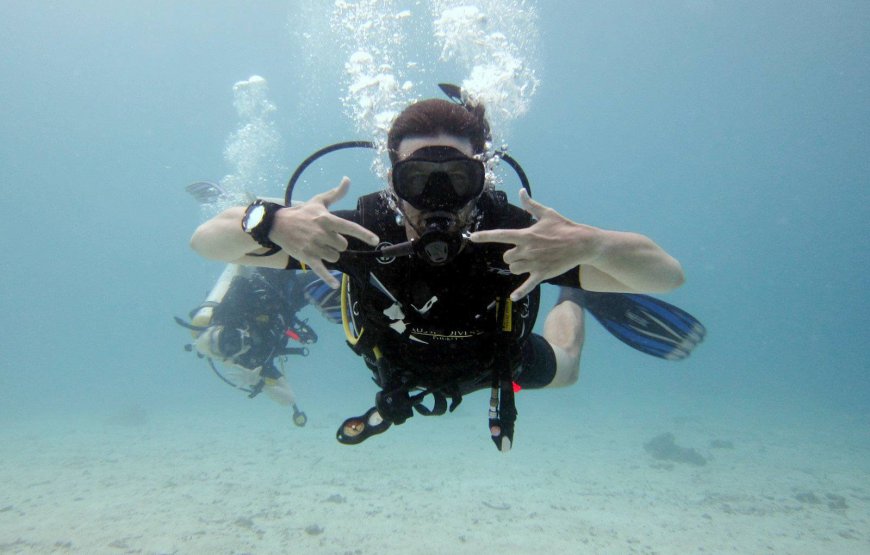 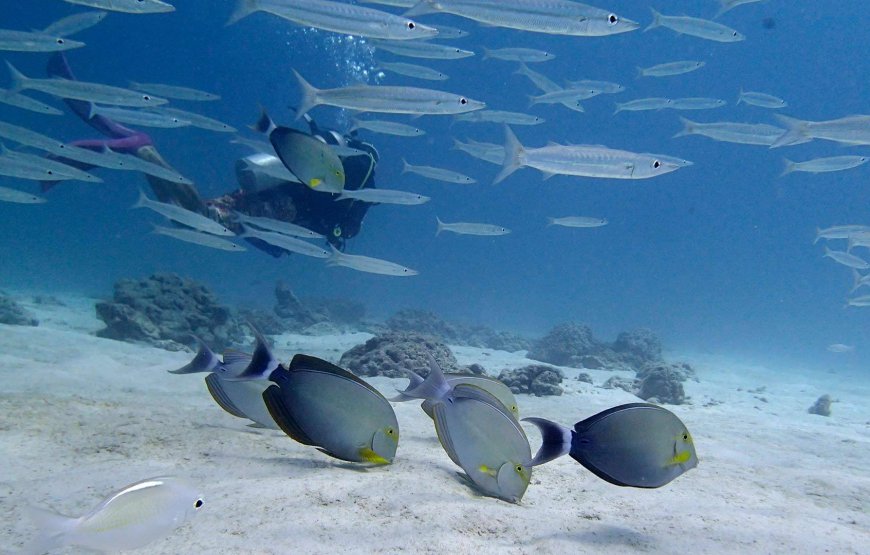 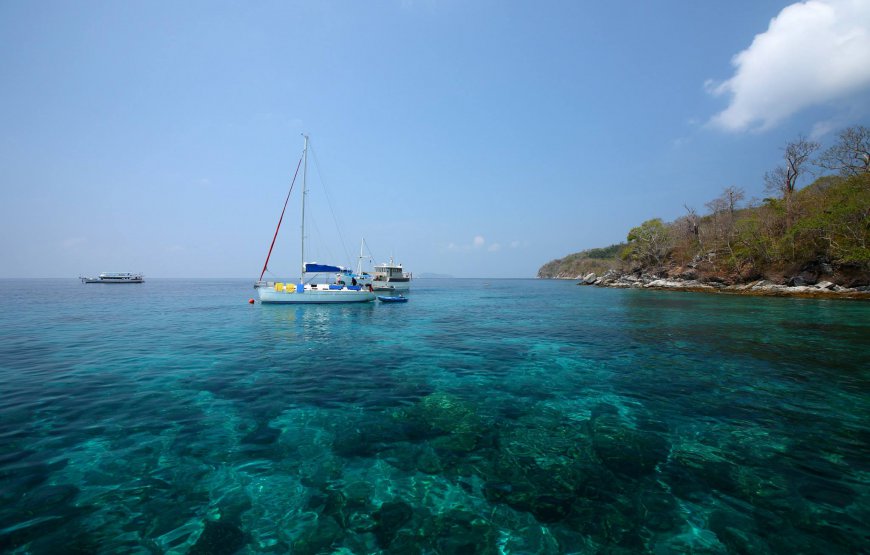 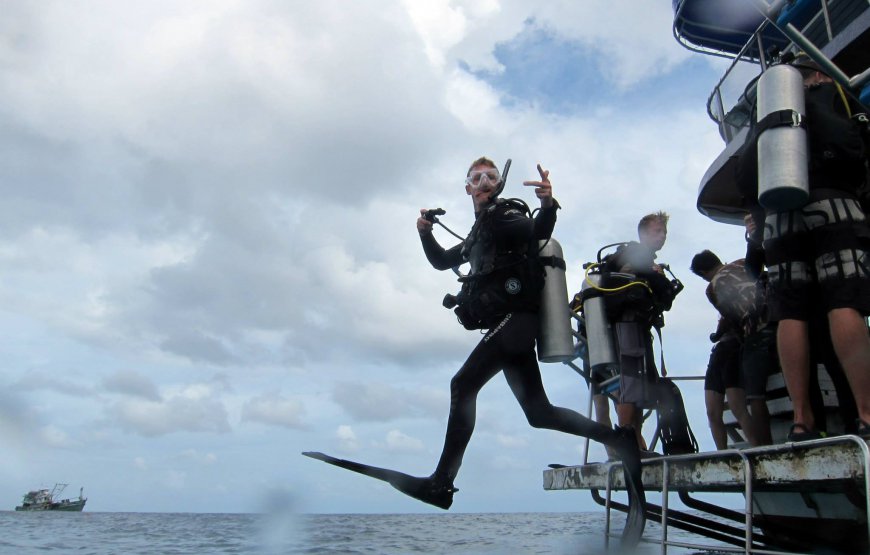 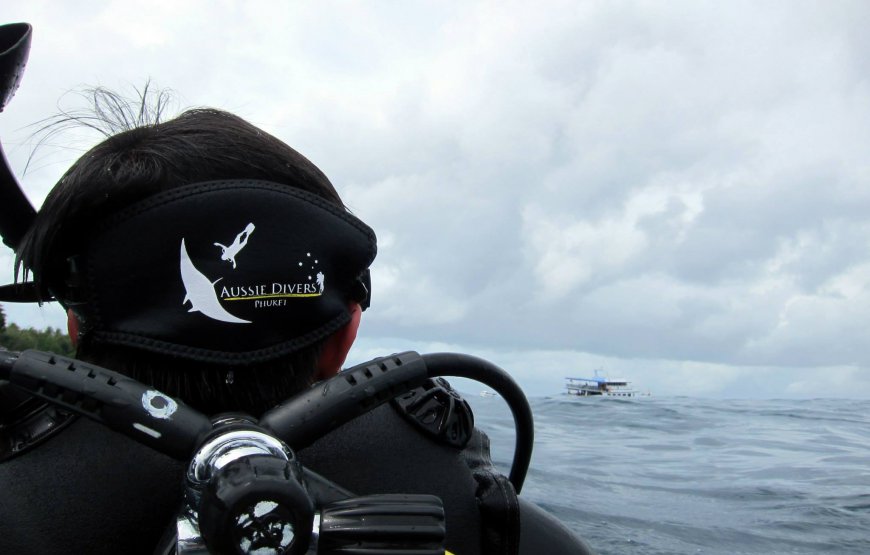 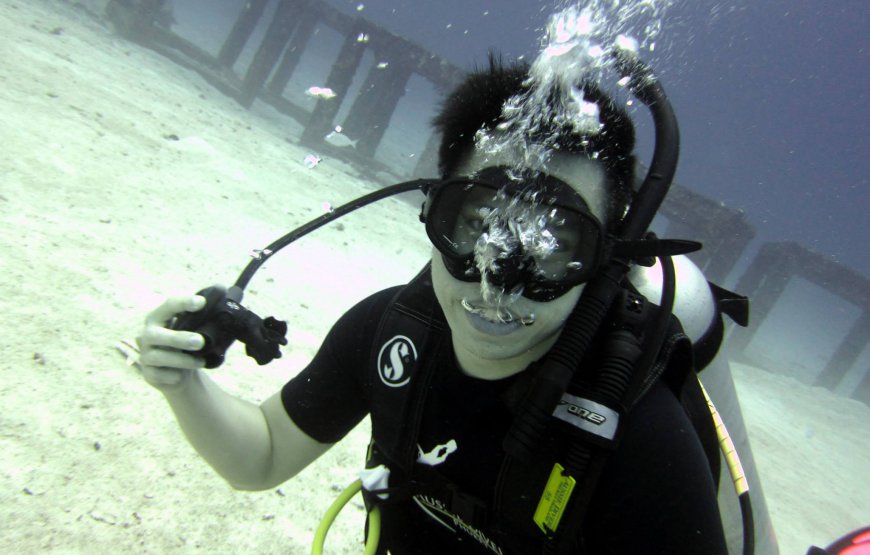 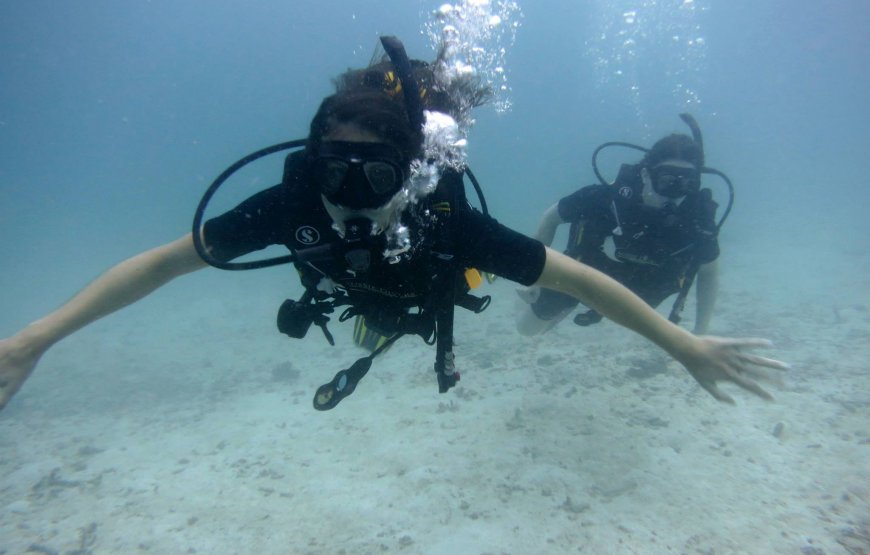 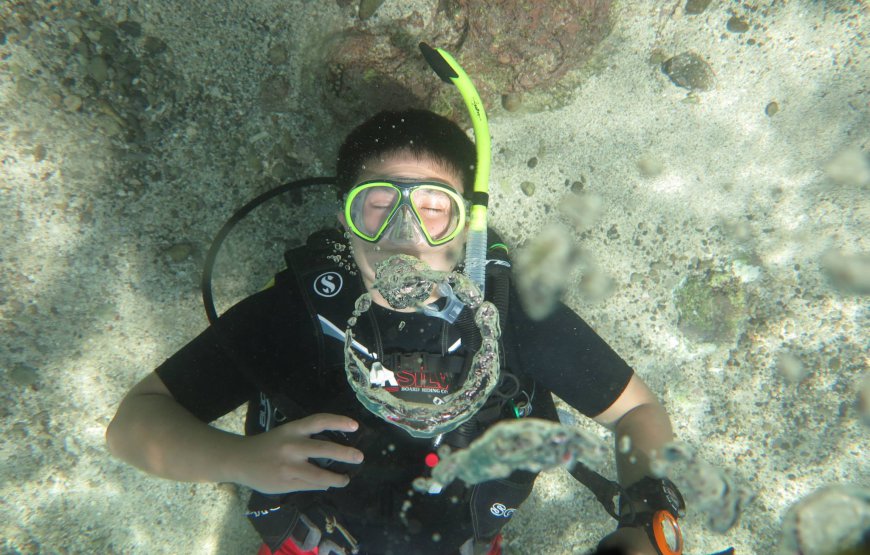 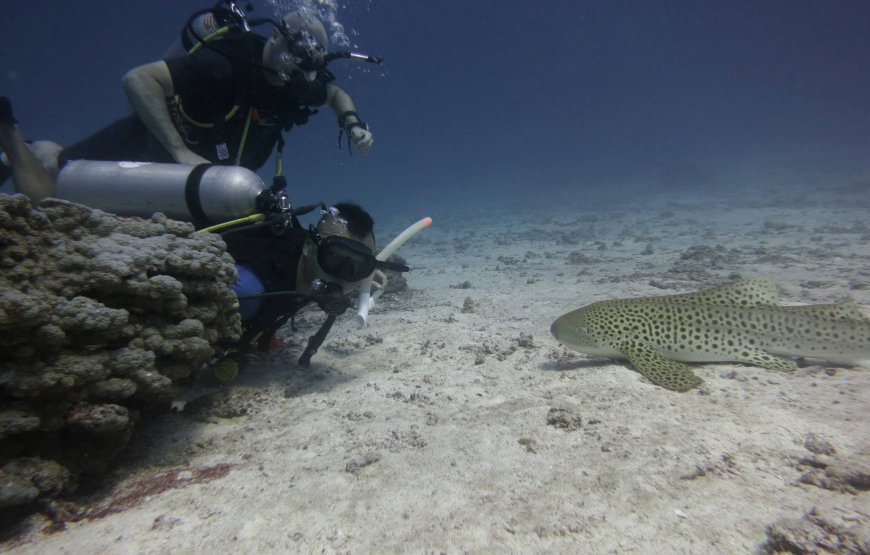 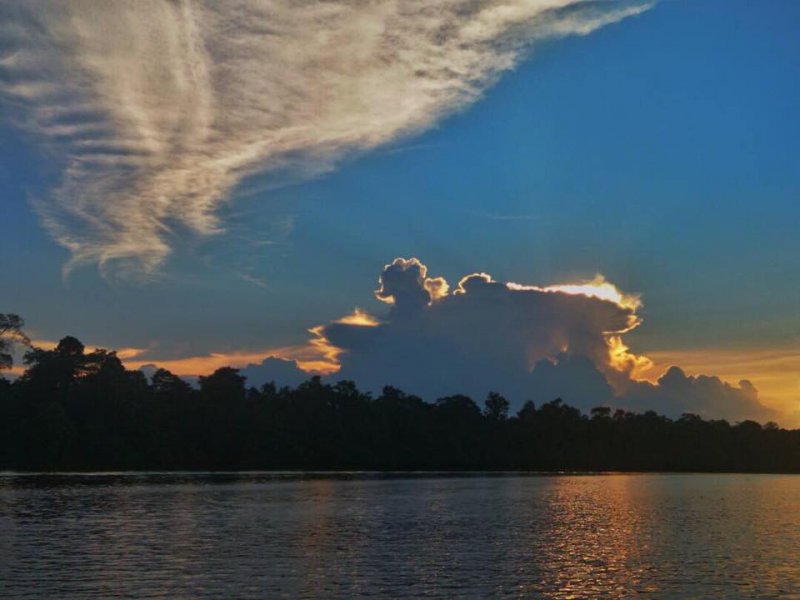 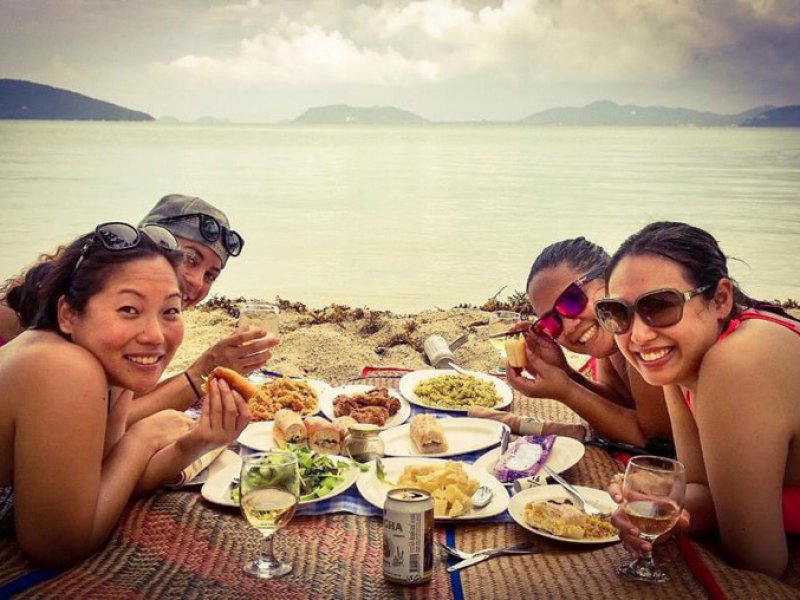 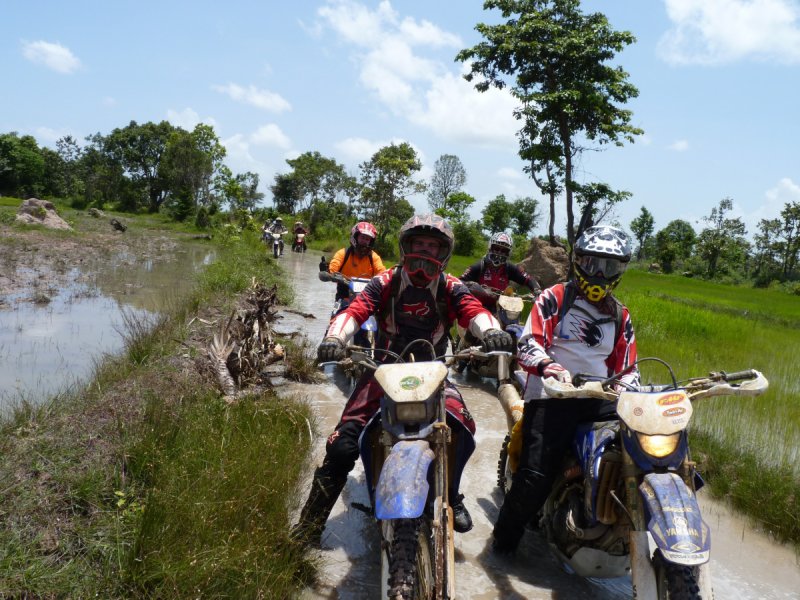 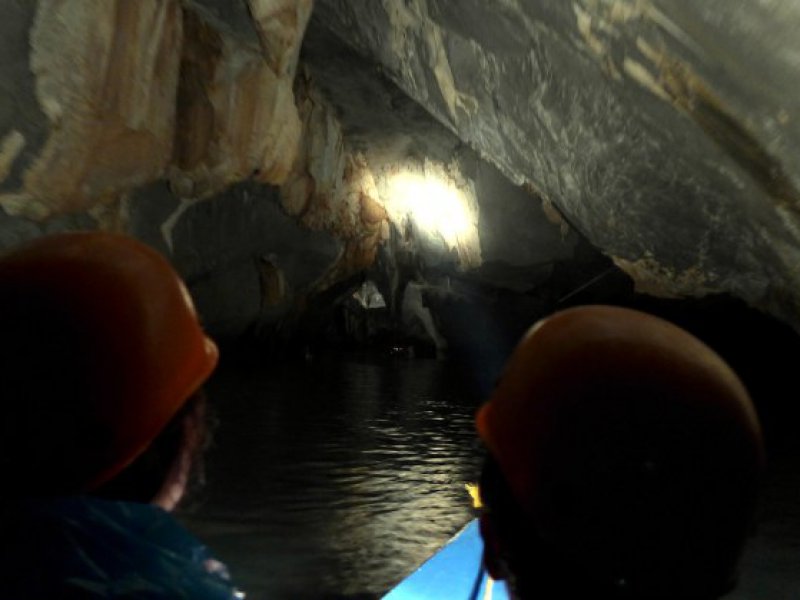