Hoi An, Vietnam is an ancient town located downstream from the Thu Bon river, the coastal plains of Quang Nam Province, Vietnam. About 30 km south of DaNang city. Due to geographical factors and favorable climate, Hoi An was a thriving international trading port, the meeting place of the Japanese merchant ships, China and the West during the 17th and 18th century.

Prior to this period, it also had the marks of commercial ports of Champa kingdom along the Silk road on the sea. In the 19th century, due to water transport here was no longer convenient, the port town of Hoi An recession gradually, giving way to Danang when it is being built by the French. Hoi An luckily not destroyed in the two wars and avoid the process of massive urbanization late 20th century

From 1980, the value of the architecture and culture of the ancient town of Hoi an Vietnam got attention gradually by scholars and tourists, making it become one of the attractive tourist destination of Vietnam. 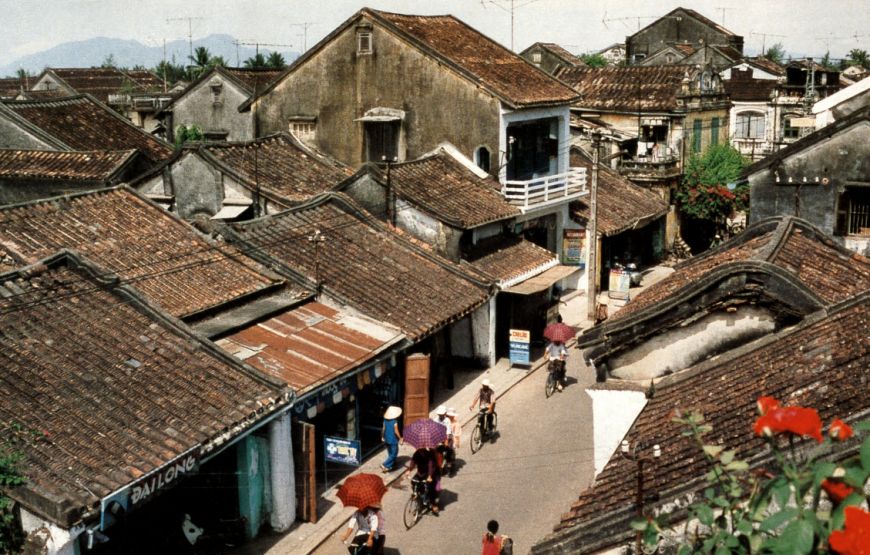 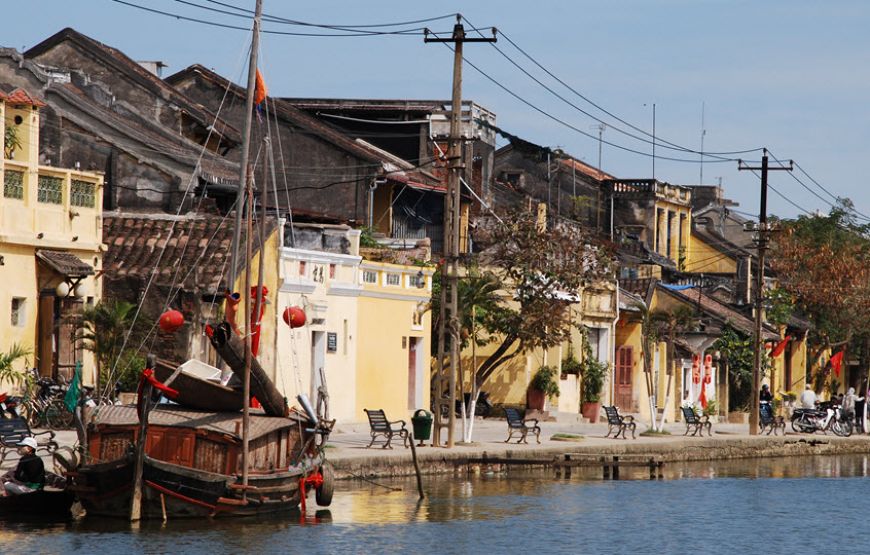 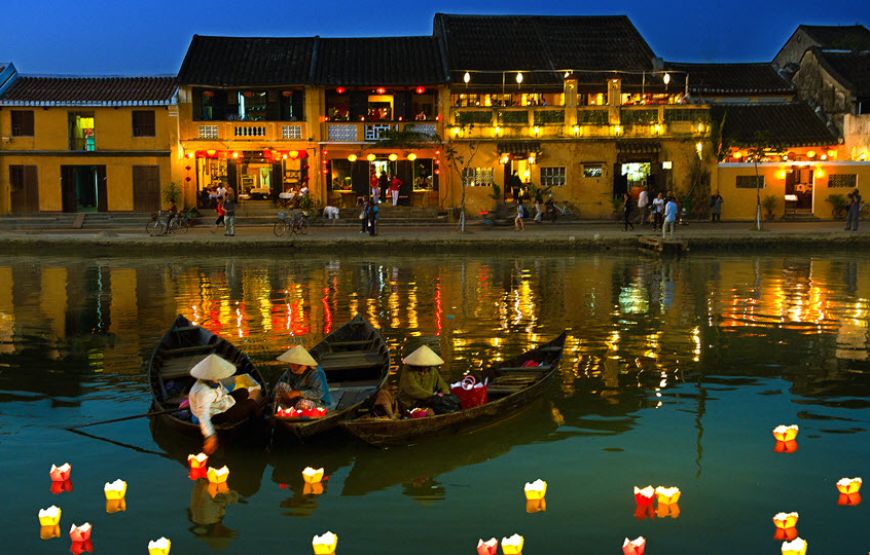 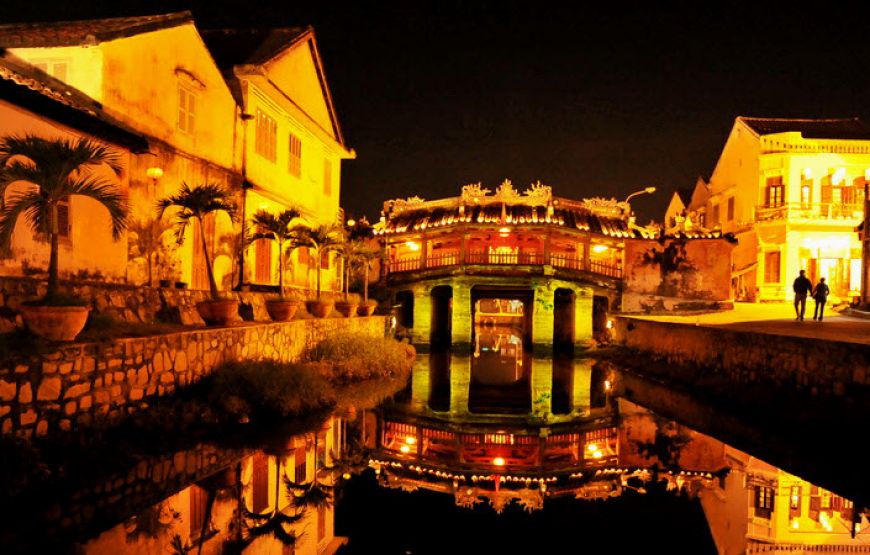 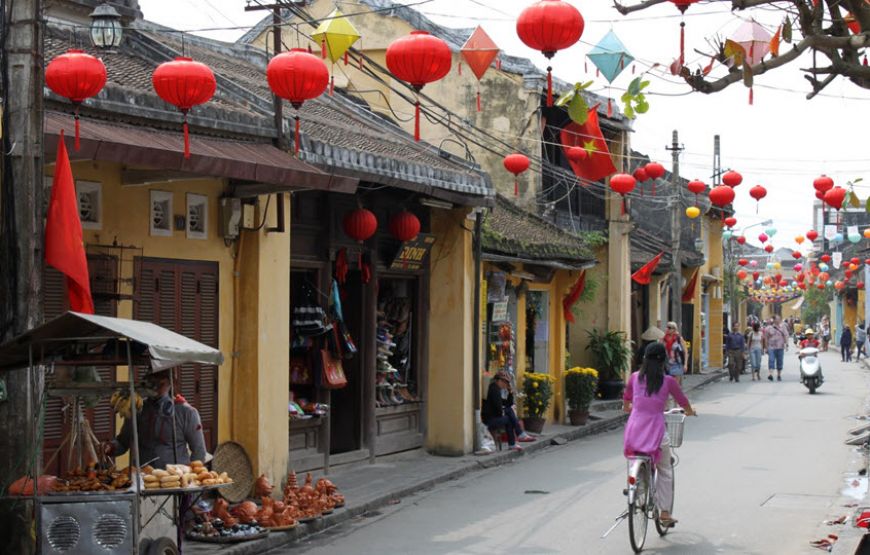 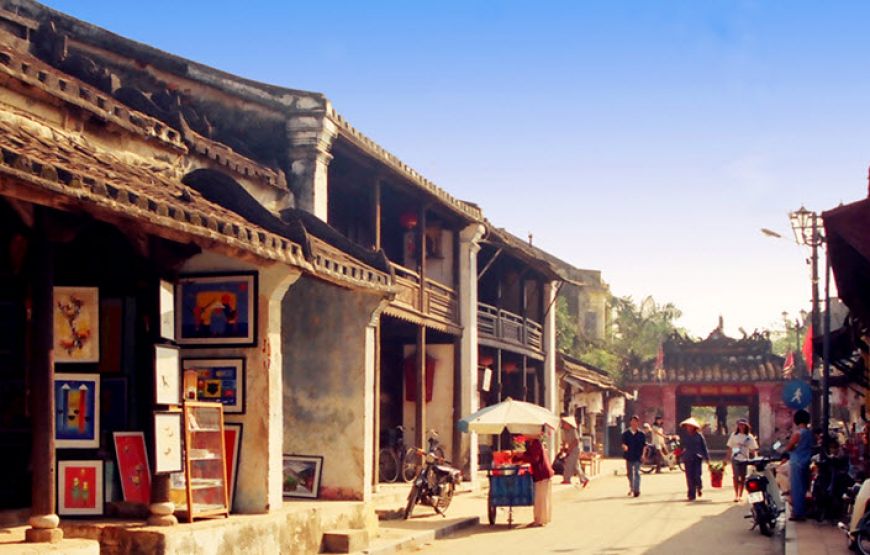 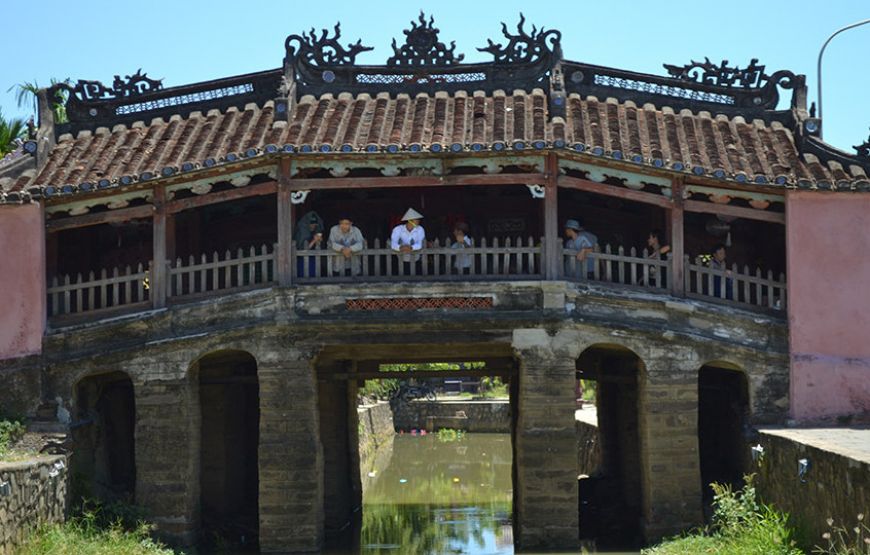 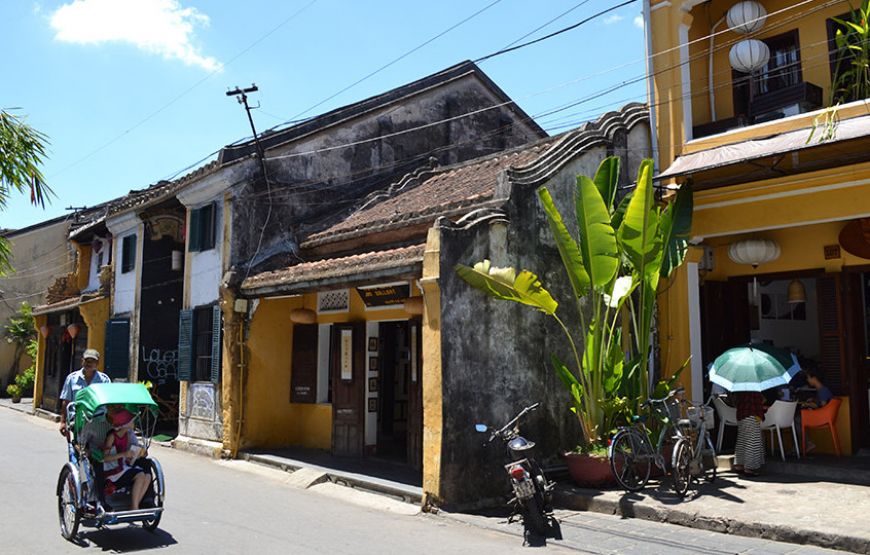 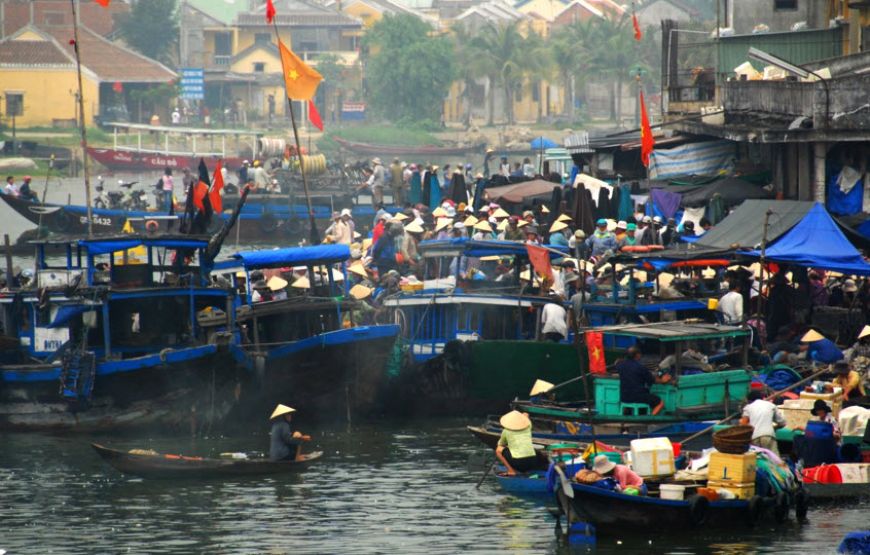 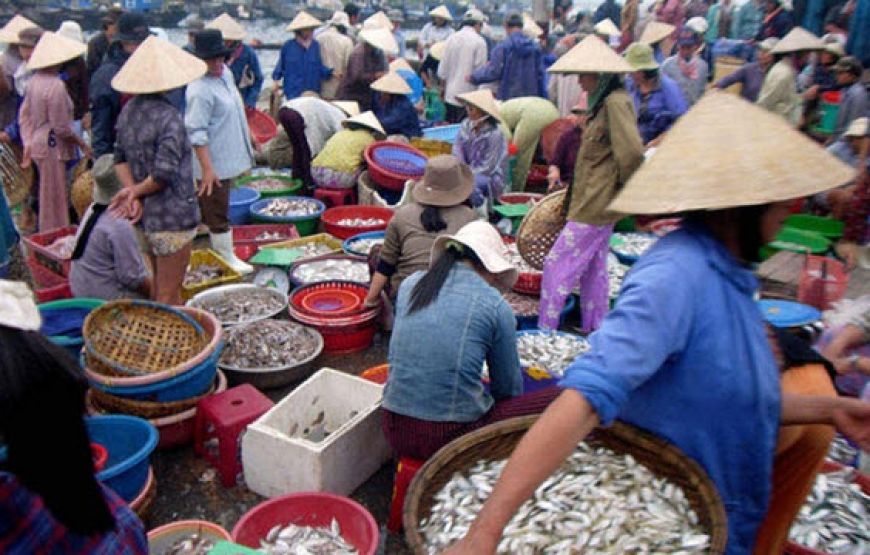 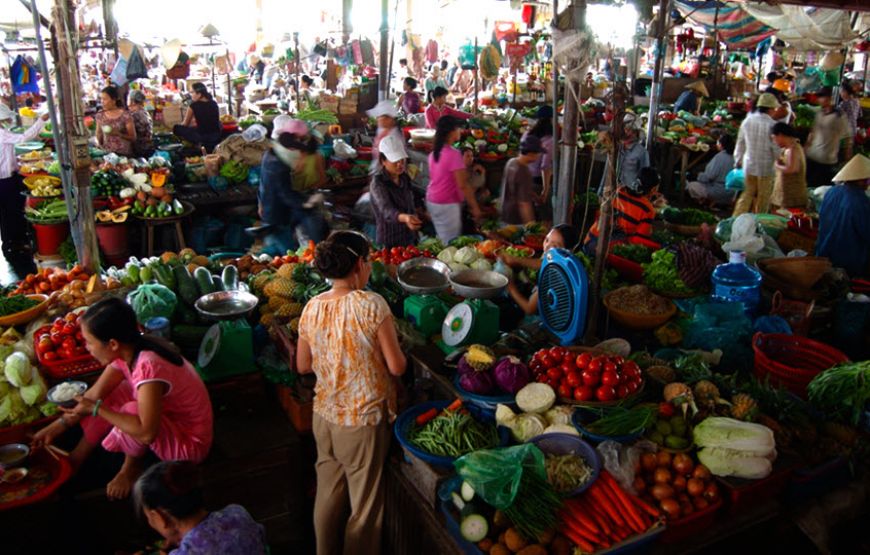 Arrive Da Nang. Following our morning arrival at Da Nang Airport, we head directly to the Cham Museum. Founded in 1915 by the Ecole Francaise dExtreme Orient, this collection of Cham sculpture – exquisitely detailed sandstone carvings – rank as the world’s finest. You will see altars, lingas, Shiva, Vishnu gods, garudas statues dated back to 8th century. Back on the bus, we will pass by gorgeous, seven-km, white sand Non Nuoc beach where American soldiers once vacationed during war time.

Next, we visit the Marble Mountains, five rainwater-etched limestone hills which house grottoes, pagodas and temples dedicated to Buddhist, Confucian and Taoists deities.

Continuing on, we arrive at the riverside town of Hoi An, 30 km south of Da Nang. During the 18th and 19th century, Hoi An was one of South East Asia major international ports. Overnight in Hoi An.

Hoi an Vietnam today is a special case of port traditional market in Southeast Asia. It was preserved carefully. Most of the houses here are traditional architecture dating from the 17th to 19th century. The city located along the narrow shaft, alternating between the town house, the religious architecture, demonstrates the process of formation, development and urban decay.

Hoi An is also a land mark recorded many of the mix, acculturation. The assembly halls, temples bear traces of Chinese people inside the town house and traditional Vietnamese-style houses as well as French architecture.

Besides the cultural values ​​through the structures, Hoi An retains a culture of diversity and intangible rich. Daily life of the inhabitants of the ancient city with the customary, religious activities, folk art, cultural festivities are still being preserved and developed. Hoi An is seen as a living museum of architecture and urban lifestyle.

We begin a day with a walking tour of Hoi An’s old town, a UNESCO World Heritage Site. Our visit will include stops at the Hoi An Museum, Fujian Chinese Congregation Hall, the Japanese Covered Bridge, a local artist’s studio, and at an Old Vietnamese home (which is presently inhabited by the descendants of the first settlers). Following lunch, we will take a boat trip on the Thu Bon river to visit the boat building and carpentry villages of Kim Bong and Thanh Ha. Here you will have the opportunity to talk and interact with the local people. We will stay in Hoi An again.

Good chance for photo shooting at the market. Hoi an has the best fish in this area. You will get picture of hundreds of people at the wholesale fish and fresh vegetables market. The panorama view of river front market from Cam Nam bridge in the morning light is very different and unique. It will be a great start for the day.
After breakfast, you will have free time until you transfer to the airport for departure. 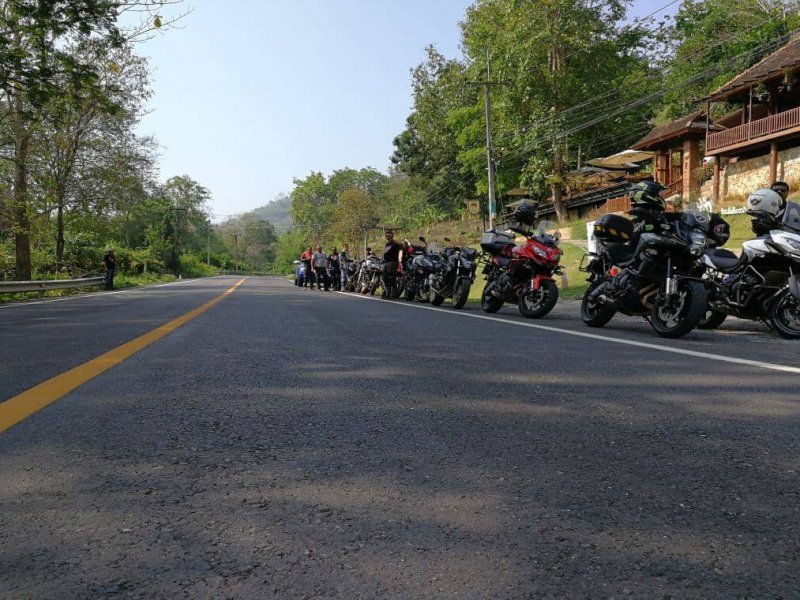 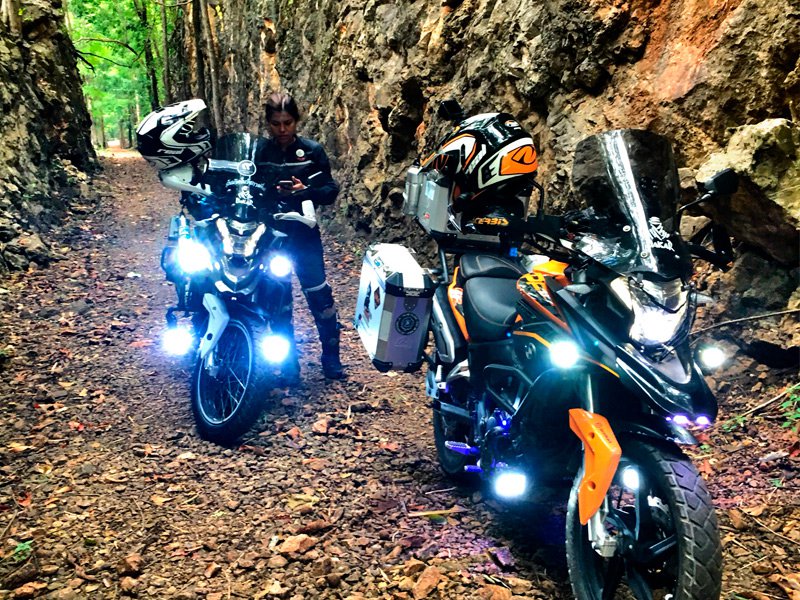 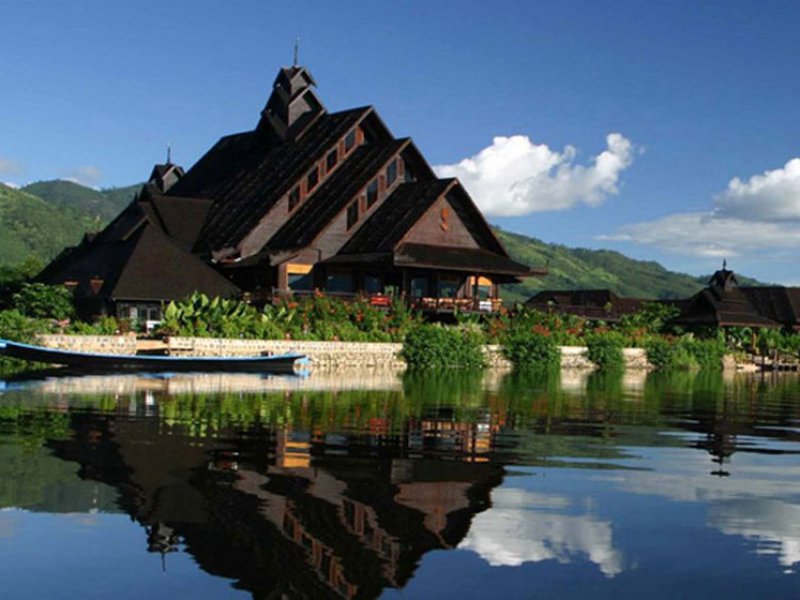 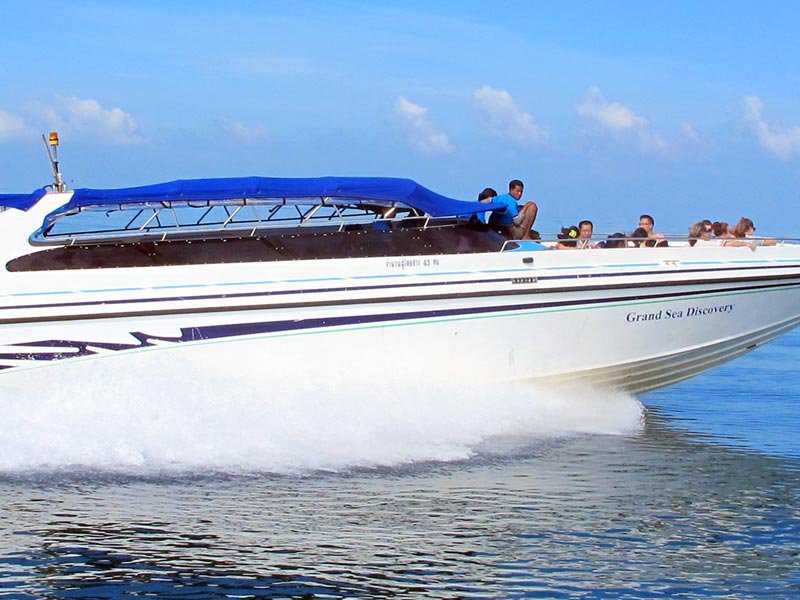